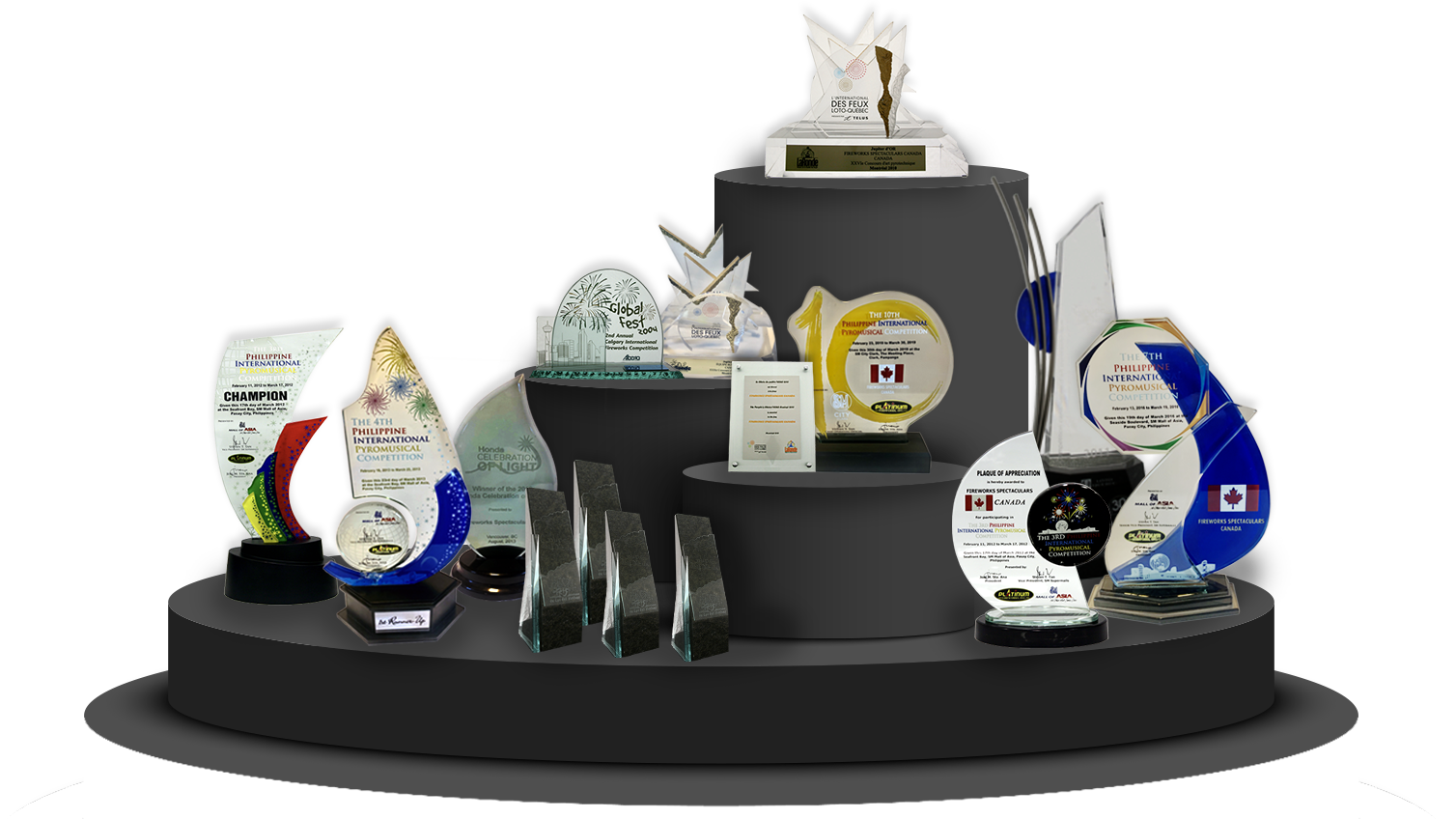 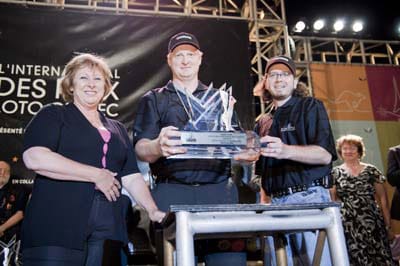 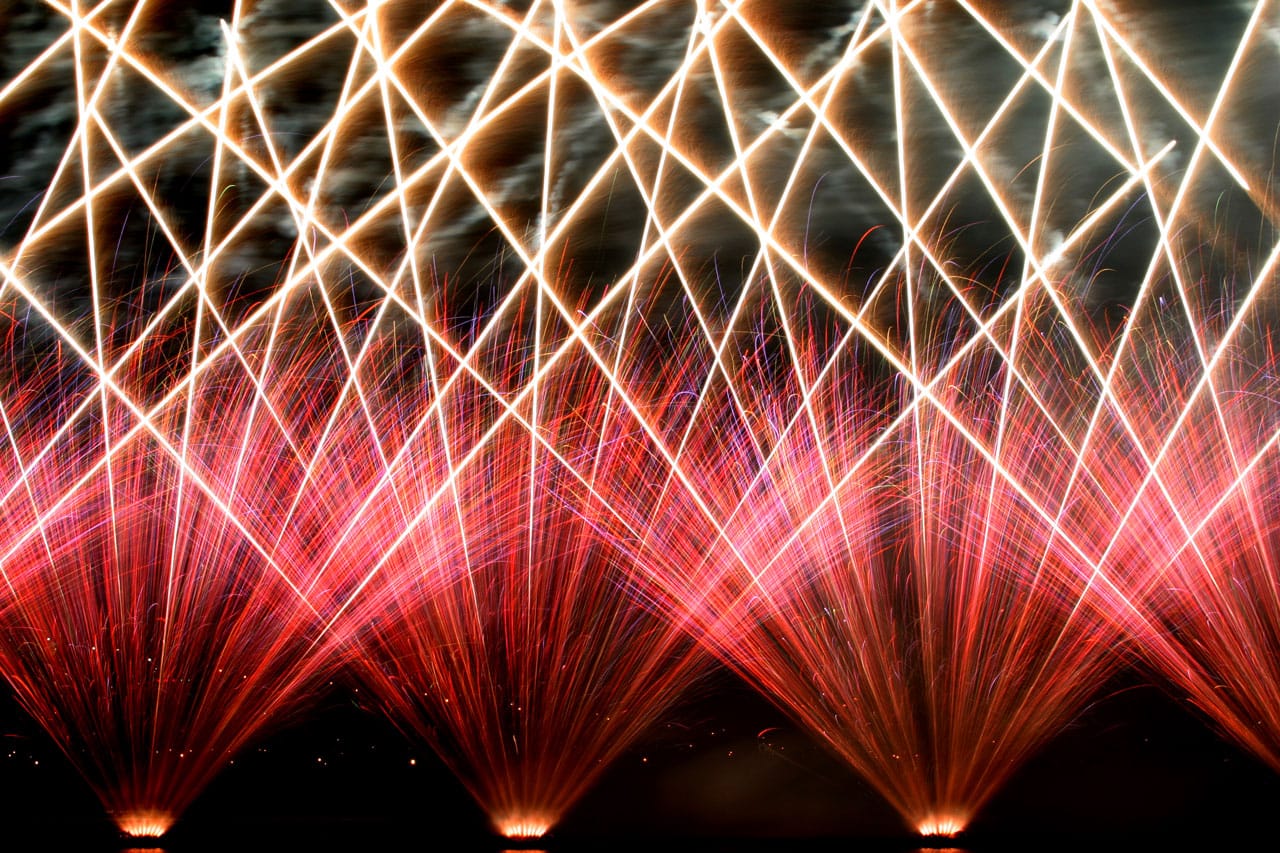 In 2010, Brad Dezotell and Fireworks Spectaculars were asked to design and produce the Canadian entry for the competition. An all original display entitled "Heroes" was displayed for the festival, paying homage to the real heroes in our everyday lives.

In 2014, the Montreal International Fireworks Competition celebrated its 30th Anniversary and brought together the countries that had won the most Gold Jupiter's during the first 30 years of competition. As the only past champions from Canada, Fireworks Spectaculars and Royal Pyrotechnie came together to represent Canada.

In a mesmerizing creation, the audience was invited into a fantastic imaginary world with "Kuruan - Legends of Fire". At the awards ceremony, Fireworks Spectaculars and Royal Pyrotechnie were presented the Gold Jupiter Award! 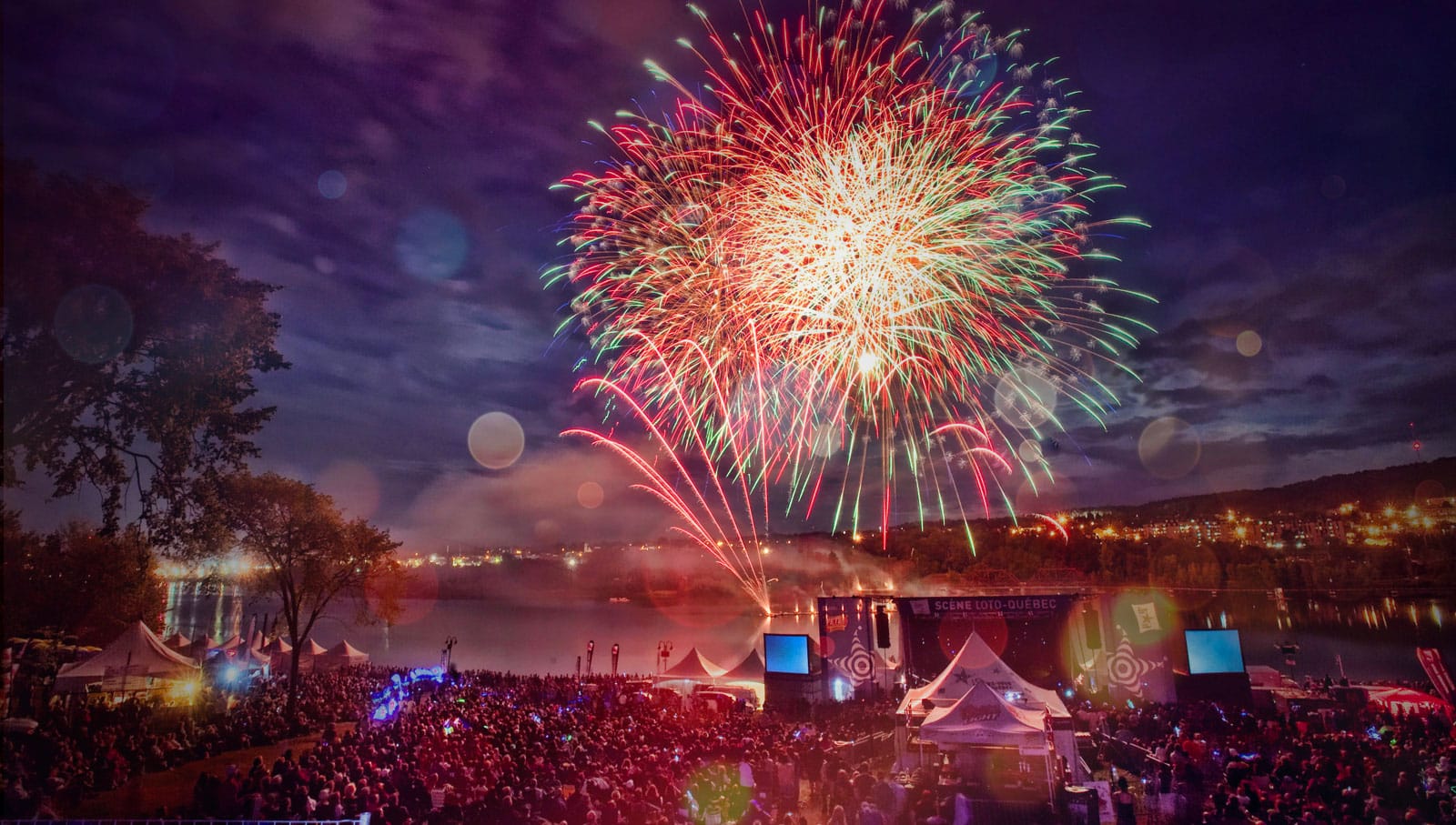 The two highlights of the five championships were in 2006 (25th anniversary) and 2011 (30th anniversary) in which organizers only invited teams that were past champions of the event. Despite some great shows from the other teams, Fireworks Spectaculars has won both of the Champion of Champions competitions held at the national fireworks championships.

Every July since 2005, FSC has co-produced the Calgary Stampede Grandstand Show fireworks with another Alberta company that specializes in theatrical and close proximity pyrotechnics. The fireworks and pyrotechnics are completely integrated with the grandstand show and we employ a twenty-five-person crew working around the clock to produce eleven shows in eleven nights.

2012 was a very special year, featuring the Centennial celebration of the Calgary Exhibition & Stampede and once again Fireworks Spectaculars co-produced the fireworks and they were (in our humble opinion) Spectacular! Over the two weekends 4 additional, full-sized shows were produced each night (24 extra) - one in each quadrant of the city, all perfectly synchronized with the fireworks of the finale for the GrandStand show; Ensuring the entire City of Calgary was included in the Celebrations! 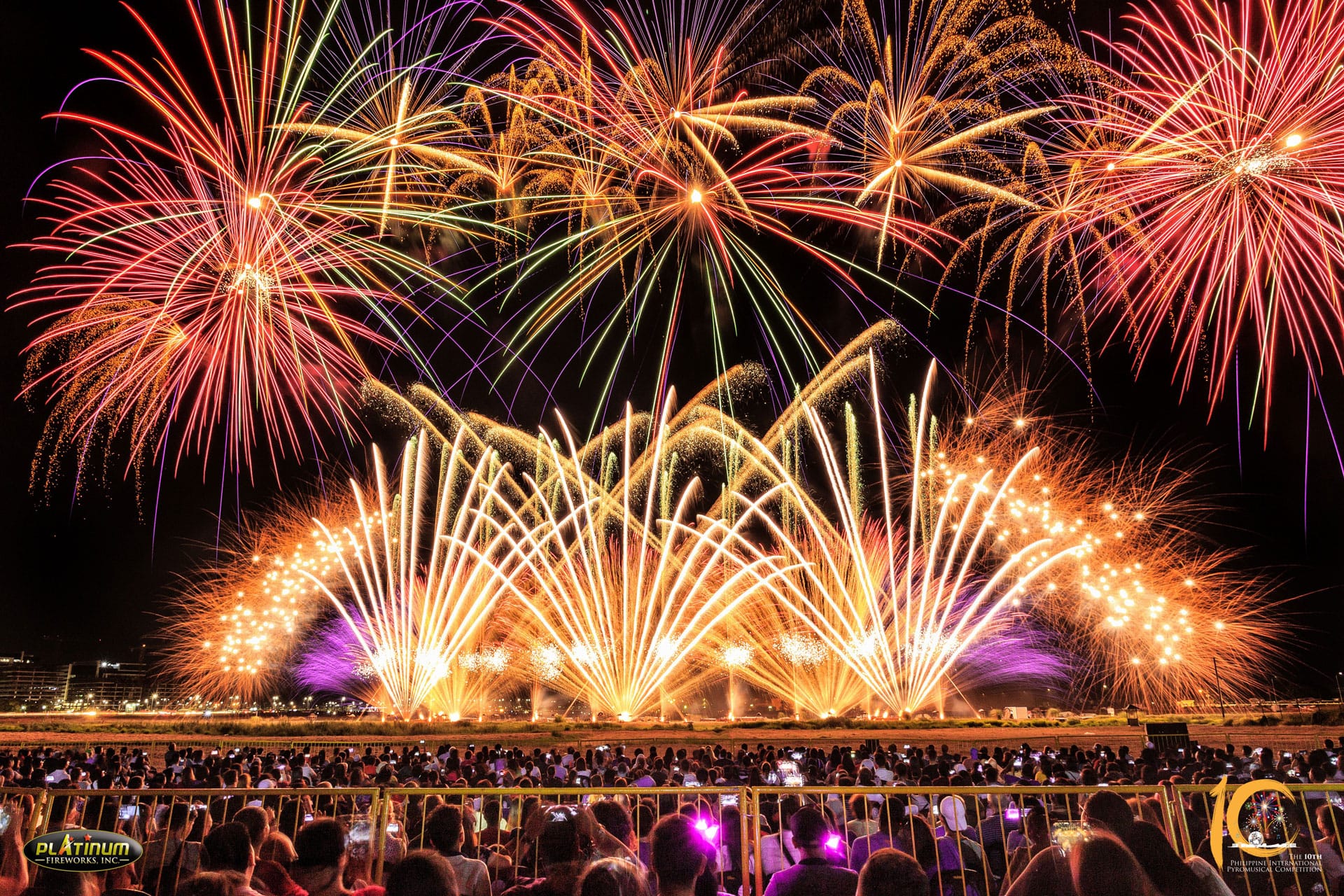 In March of 2012, the Fireworks Spectaculars Team travelled to Manila, Philippines, to represent Canada in one of the largest Pyromusical Competitions in the World. The 10 other competing teams were from Italy, Spain, Netherlands, China, Malta, Australia, United Kingdom, South Korea, Finland and Portugal. All countries are known for their fireworks prowess!

After 6 weeks of competition, we are very proud that Fireworks Spectaculars was awarded the First Place – Grand Champion Award.   This was truly a proud moment for our company. 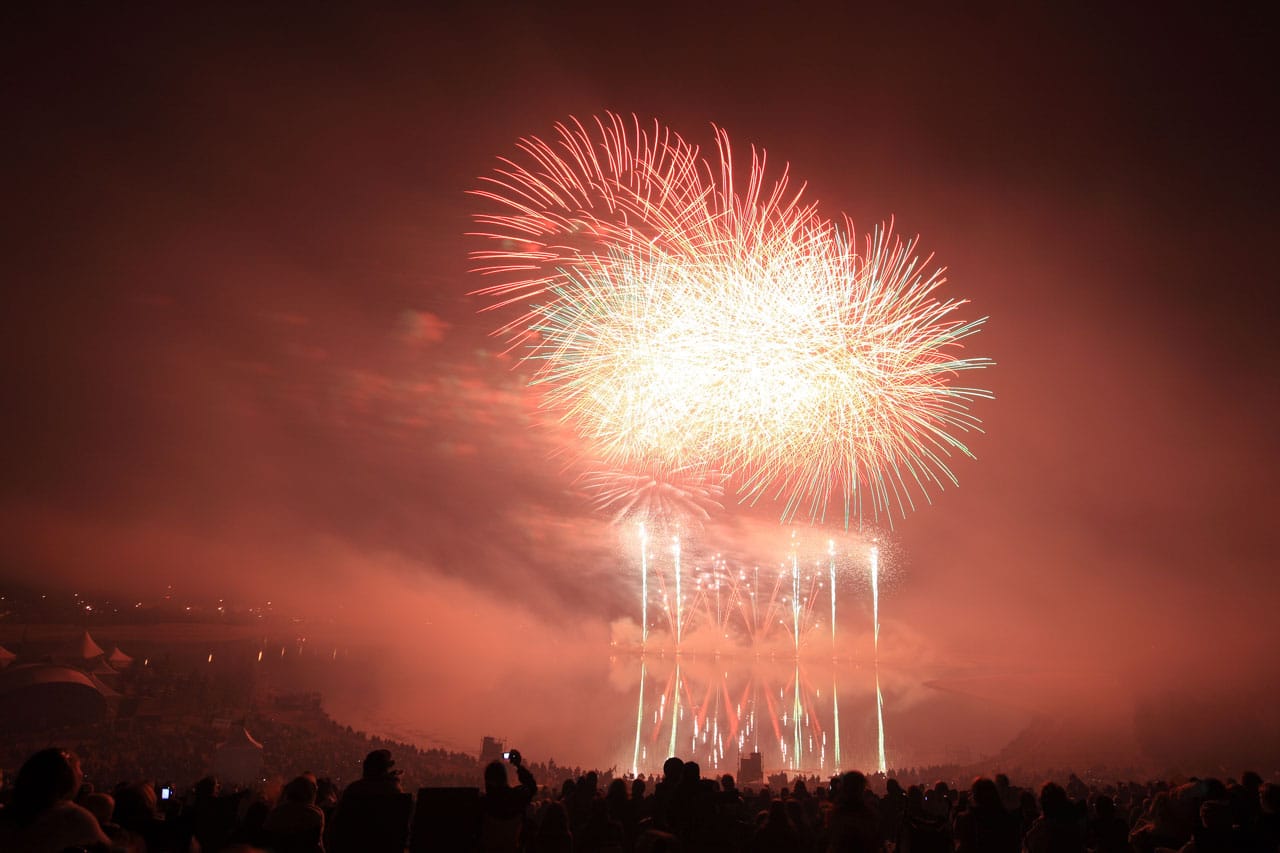 In 2003, the first annual Globalfest International Fireworks Competition was held in Calgary, Alberta. FSC represented Canada, going up against teams from Mexico and the USA. The judges awarded FSC first place and an opportunity to perform at the 2004 competition.

In 2004, the Globalfest International Fireworks Competition expanded its scope with five countries being invited to compete. FSC went up against teams representing Australia, China, India, and Japan. Despite some fine performances by the other teams, FSC came out the winner again. 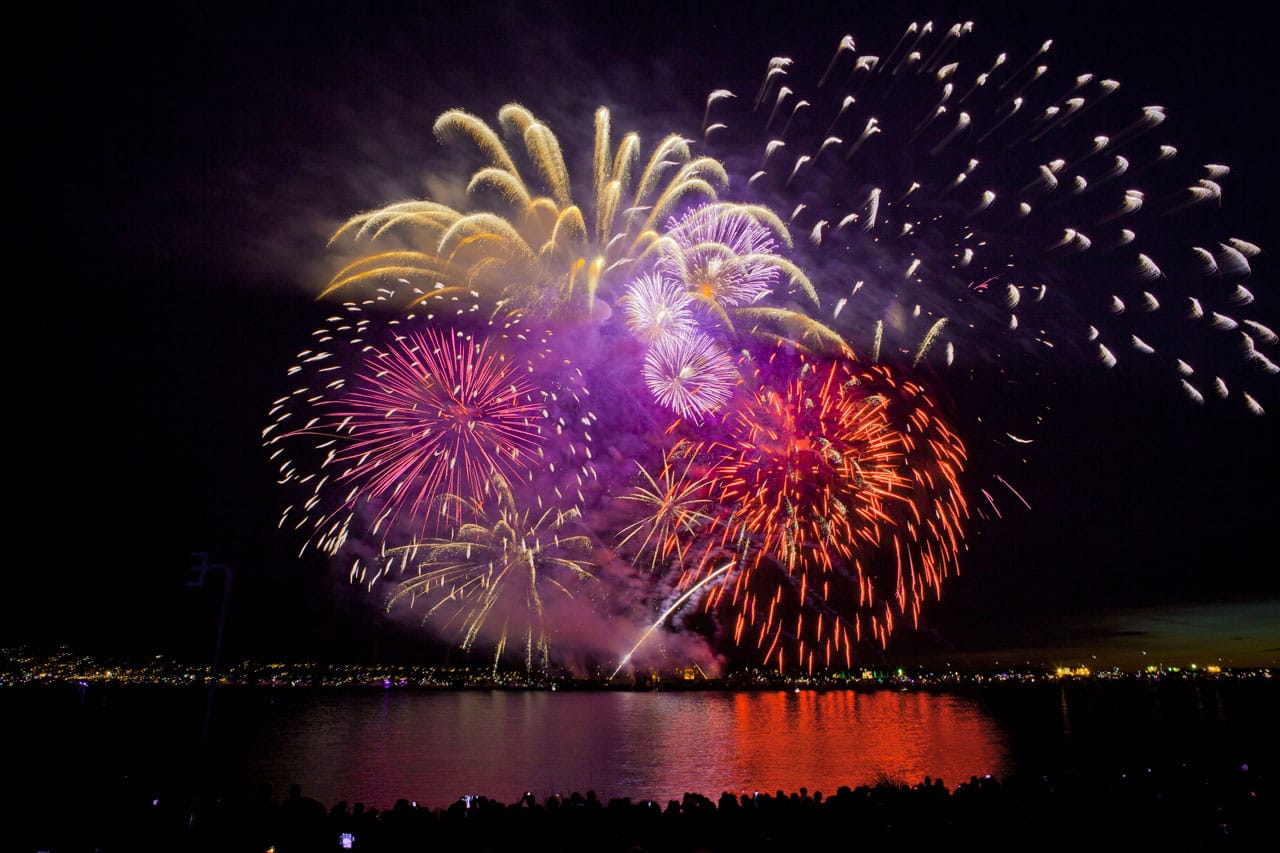 The Honda Celebration of Light

The Celebration of Light is not only Vancouver's biggest event, but it's also the largest offshore fireworks competition in the world and attracts up to 400,000 spectators along English Bay each evening. 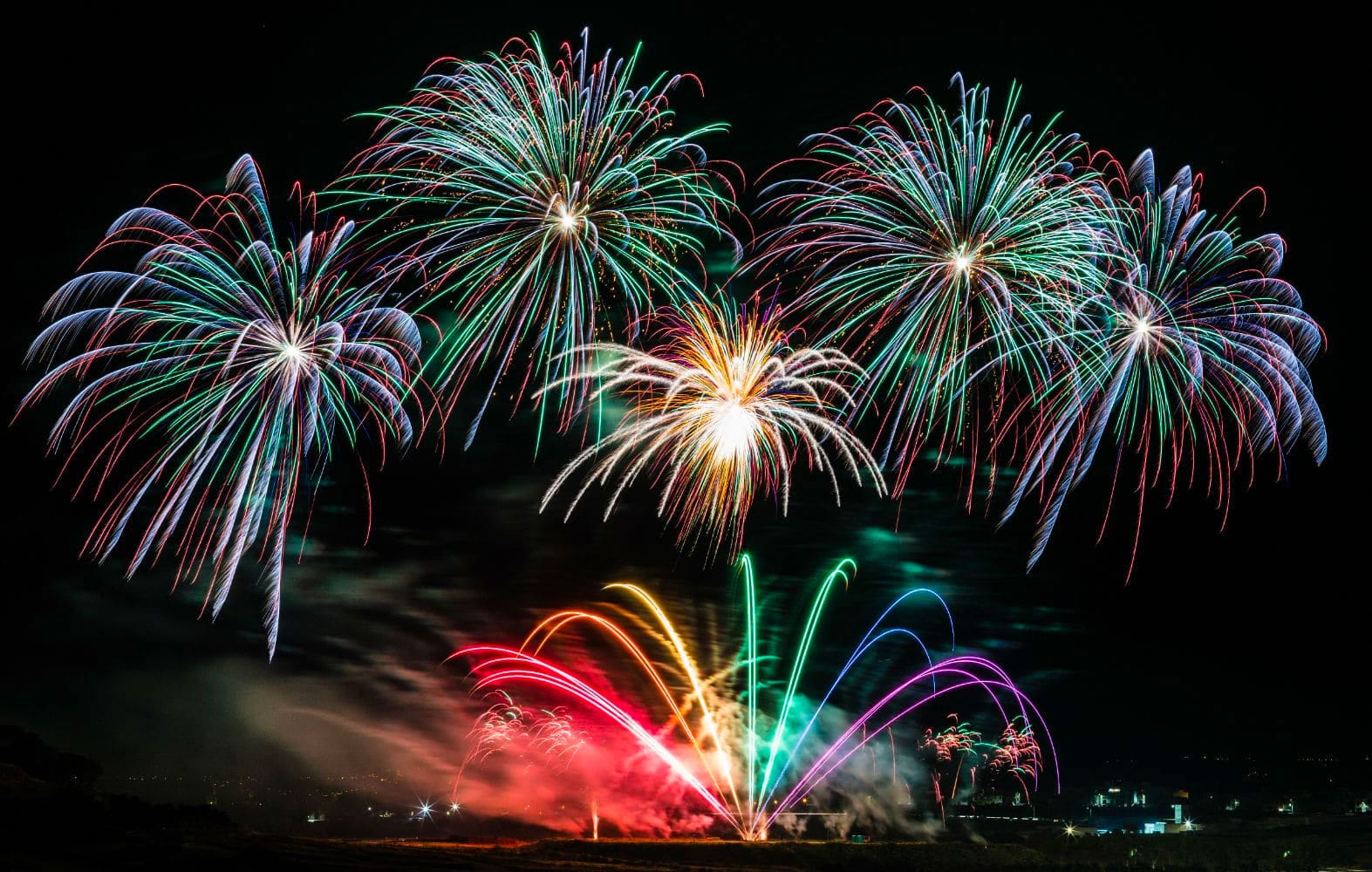 Known as the International Vuurwerkfestival Knokke-Heist, this festival has been running for over 30 years, making it one of the longest running fireworks festivals in the world and we couldn’t be happier to have been awarded the Grand Champion (First Place) Award at this festival.

It goes without saying, that this show was not possible without the support of the host team HC Pyrotechnics of Belgium and our show product supplier Pyrotechnia Zaragoza of Spain. The Knokke-Heist region of Belgium is obviously rich with history, a gorgeous place to visit and has many Canadian connections from the past. The community welcomed us as Canadian’s with open arms and I would highly recommend any Canadian to visit this area of the world if you ever get the chance. 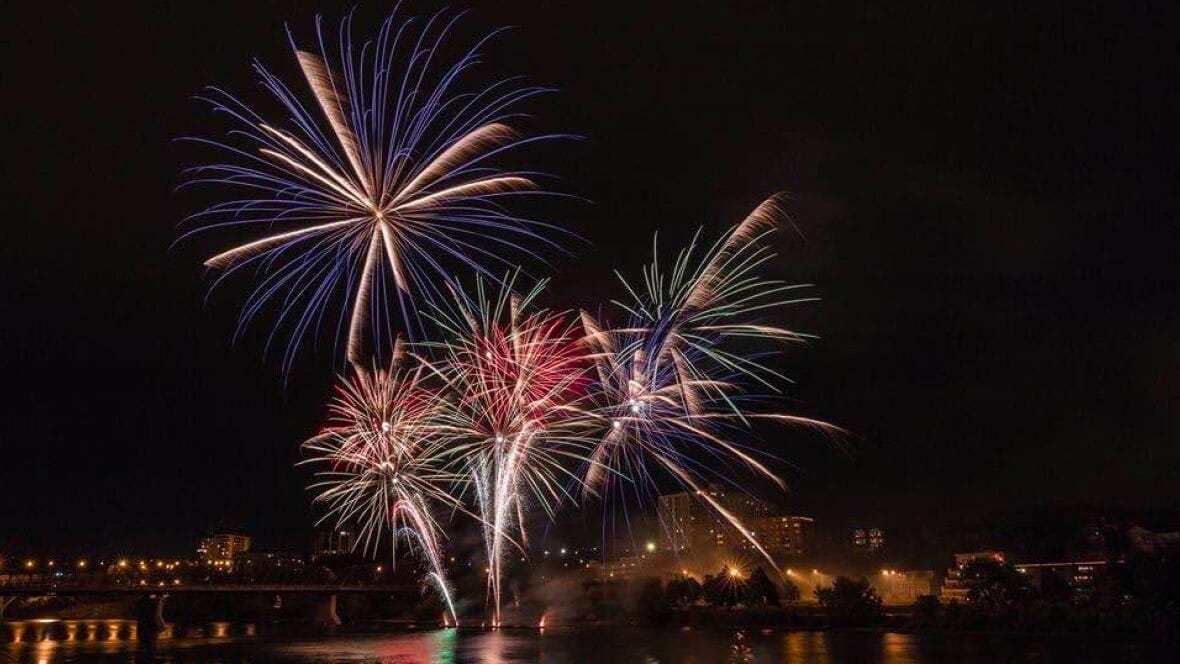 The provinces of Alberta and Saskatchewan both celebrated their centennial in 2005. FSC co-produced the shows with three other fireworks companies from across Canada, and performed for both events, handling four of the ten shows in Alberta on September 1 and then putting on seven of the fifteen shows in Saskatchewan on September 4. Both events involved simultaneous pyromusicals and were some of the most interesting projects FSC has been involved with. 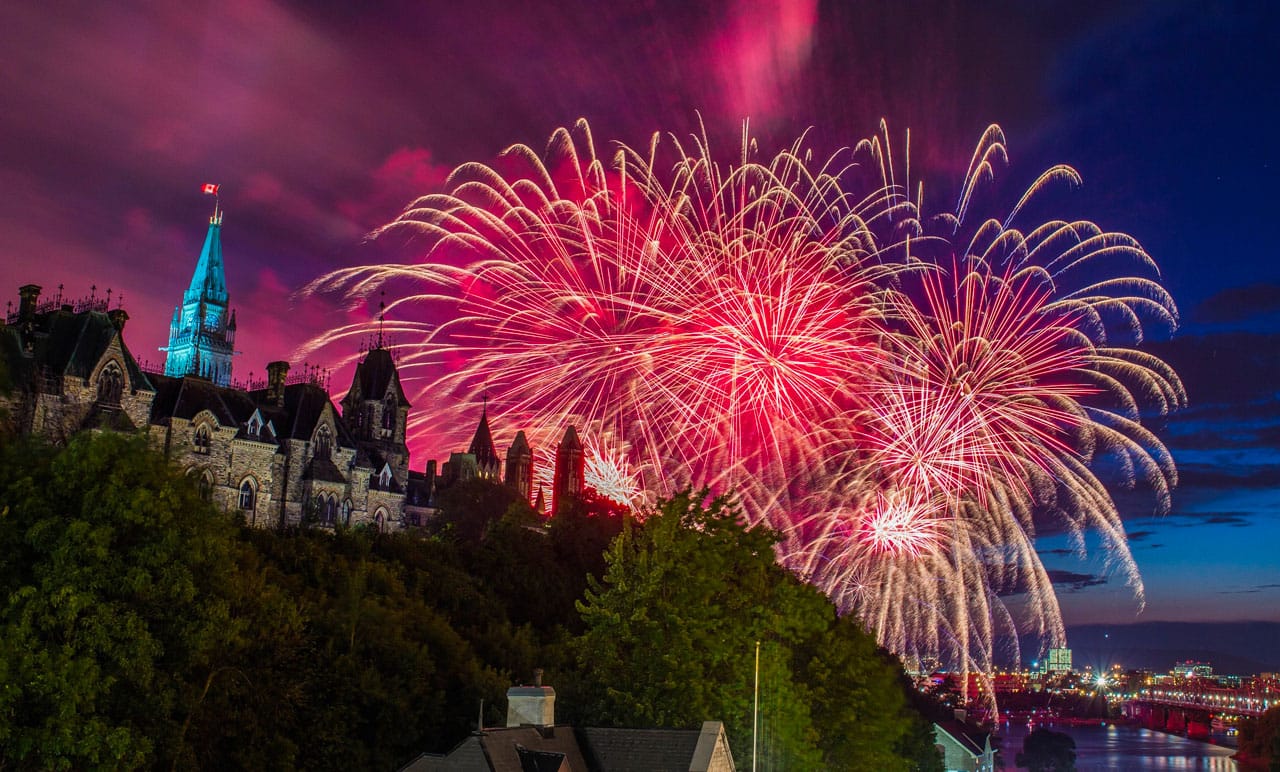 The July 1st (Canada Day) weekend is the busiest time of the year for most fireworks companies in Canada and it is no different here at FSC. We perform thirty-five shows during this time, including some of the largest of the year across Canada. Planning for Canada Day begins as early as October the year before with product testing and ordering.